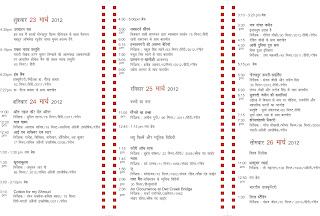 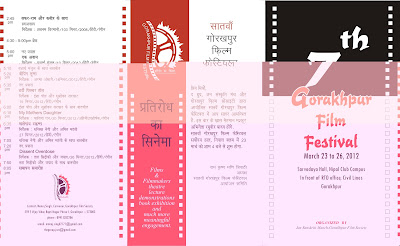 All Rise for Your Honour
Director: Sumit Khanna
The Constitution of India declares the nation state's common goal - to secure to all its citizens, justice, liberty, equality and fraternity. However, serious problems that beset the judicial system make it largely dysfunctional, unaccountable, inaccessible and insensitive, especially to the poor. The film is an attempt to decipher the judicial process in India from the standpoints of the all the stake holders.
http://www.youtube.com/watch?v=NOfssH9JOIk

Bhal Khabar
Director: Altaf Mazid A writer looks for a bit of good news in the days of the Assam Movement (1985-90), when the youth had sunk to the lowest depths of degradation, and civilized emotions seemed to be wiped completely out of existence. Everywhere prevailed only lust and cowardly violence. Newspapers had chilling pages of depressing stories and to read them was to be overcome by an even greater feeling of horror and helplessness. Finally the writer discovers a small piece of news item in a morning paper that gives him hope as it brings him tales of inspiring people who survive the troubled times by piously and devoutly reading their holy scriptures.

Koodankulam Nuclear Power Plant (KKNPP) is a nuclear power station currently under construction in Koodankulam in the Tirunelveli district of the southern Indian state of Tamil Nadu.


Stanley Ka Dabba
Director: Amol Gupte is an Indian screenwriter particularly known for his work on the 2007 Bollywood film, Taare Zameen Par as creative director and screenwriter. The film was also initially conceived of and developed by Gupte and his wife, Deepa Bhatia.

Stanley is a fourth grader who is very popular amongst his friends. He is talented and is liked by his teachers. Ms. Rosy is highly astonished and impressed with his writing capability, speaking skills and creativity. However, he never brings his lunch box or 'dabba'. 'Khadoos' (miser), as he is popularly called, is a Hindi teacher who does not bring his own dabba but likes to eat others' lunch. Stanley's friends share their lunch with him by hiding from Khadoos. Khadoos eventually finds them on the terrace and warns Stanley to bring his own lunch or stop coming to school. Stanley misses school for a few days and his absence is felt by his teachers and school mates. One fine day, Stanley brings his dabba packed with mouth-watering items for Khadoos. Khadoos realises his mistake and quits the school. Stanley's performance in an inter-school festival is appreciated by everybody. Ms. Rosy (Divya Dutta) offers Stanley a ride to his home, but he refuses and says that his mother is waiting for him in her car. Afterwards its the school's principal who drops him at a place as Stanley rushes towards his residence. Towards the end, the reason for Stanley's lack of a dabba is revealed(which is that he is an orphan and works in a small hotel). From the next day on wards Stanley starts bringing the leftover from the hotel, which comprises of tasty dishes made at the hotel and shares his dabba with everyone and lies to everyone how his mother cooked the food. As the movie ends, Stanley looks at his mother's picture and tell her good night. His mother's resemblance to Ms. Rosy tells why he liked that teacher of his so much.     http://www.youtube.com/watch?v=tg-6MO9HcJU&
Laal Band 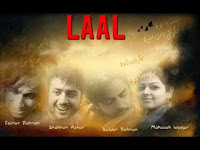 Laal   is a musical band from Pakistan known for singing socialist political songs, especially on the poetry written by leftist Urdu poets such as Faiz Ahmed Faiz and Habib Jalib. The band received mainstream attention during the Lawyers' Movement, in which it led support to the reinstatement of the then deposed Chief Justice Iftikhar Muhammad Chaudhry and the restoration of democracy in Pakistan. In just one year the band has gained recognition all over Pakistan.[1] They have performed in almost all the major cities as well as many smaller towns. On their fanclub page, Shahram has invited all to join the "Laal Tehreek", a revolutionary movement of young and enthusiastic revolutionaries committed to the emancipation of the people. Reminiscent of another great Pakistani band Junoon, Laal has not only managed to reconnect the people of Pakistan to the forgotten revolutionary socialist poets, but also introduced them to the youth. The youth will invariably play an important role in the politics of the country in the years to come. Surprisingly, the band has avoided criticisms for its leftist tendencies and has enjoyed mainstream success without having its material challenged by the public or media. Laal has complained that the Pakistani media, in an instance of self-censorship, has refused to air the video of its song Jhoot ka Uncha Sar because it is deemed to be critical of the Pakistan Army.   http://www.youtube.com/watch?v=Brtguo0BTtI

Cotton for My Shroud

Director: Kavita Bahl and Nandan Saxena work in the genre of documentary and poetry films. Having spent almost a decade as news-journalists, they turned a new leaf and started as independent documentary film-makers in 1996. Their films explore man’s relationship with his environment through diverse themes and issues: culture, poetry, water, climate change, sustainable livelihoods and human rights. Cotton for My Shroud:This is first documentary film which gives true picture of ground reality and exposes the reason of mass genocides of farmers done bt the state and US base Bt.cotton seed company Monsanto.


Glass and Zoo
Director: Bert Haanstra (31 May 1916 – 23 October 1997) was born in the town of Holten and became a professional filmmaker in 1947. He won international acclaim with his short documentary Spiegel van Holland / Mirror of Holland, for which he received the Grand Prix du court métrage at the Cannes-festival of 1951. During the fifties he made six films for Shell, among others The Rival World (1955) on insects spreading deadly diseases and how to fight them.

In 1958 his documentary Glass, a filming improvisation made in a glass factory, won an Academy Award for Best Documentary Short Subject.
A  Zoo (shortened form of 'zoological garden') is a place where animals are exhibited.A zoological garden, zoological park, menagerie, or zoo is a facility in which animals are confined within enclosures, displayed to the public, and in which they may also be bred.

Inklab
Director: Gaurav chhabra
In the digital age where Megabyte is the new dynamite and power of ideas and connectivity cannot be ignored, this movie is an experiment in the Lab of thoughts - Ink lab.

Director: Jo Johnson  is a Conservative Party politician. He has been the Member of Parliament (MP) for Orpington since the general election in May 2010 . In January 2012, he was appointed Parliamentary Private Secretary to Mark Prisk, Minister of State for Business and Enterprise.
October Sky is a 1999 American biographical film It is based on the true story of Homer Hickam, a coal miner's son who was inspired by the launch of Sputnik 1 to take up rocketry against his father's wishes, and who eventually became a NASA engineer.
http://www.youtube.com/watch?v=qHyWE7s_lGA

An Occurrence at Owl Creek Bridge is a 1962 French short film based on the short story of the same name by first published in the 1891 collection Tales of Soldiers and Civilians. It was directed by Robert Enrico and produced by Marcel Ichac and Paul de Roubaix with music by Henri Lanoe. It won awards at the Cannes Film Festival and the Academy Awards. It was also screened on American television as an episode of The Twilight Zone.
http://www.youtube.com/watch?v=EHqnSX4SJ_A
Robert Georgio Enrico (13 April 1931 - 23 February 2001) was a French film director and scriptwriter.  He was born in Liévin, Pas-de-Calais, in the north of France. 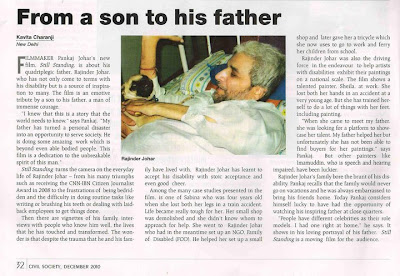 Director : Paresh Mokashi
The film is the story about the beginning of the Indian film industry, set in 1913, when two business partners fall out, resulting in one leaving the company. As the family struggle to survive Phalke (Nandu Madhav) decides to make his own silent motion picture with the support of his family. He travels to England to learn about the new medium and, after he returns, brings together a team of actors and technicians to produce his first film about the story of Raja Harishchandra. Through all the hard work, the movie becomes a hit — marking the beginning of one of the world's biggest film industries. 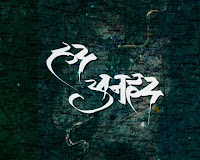 This film journeys through song and poem into the politics of religion, and finds a myriad answers on both sides of the hostile border between India and Pakistan.